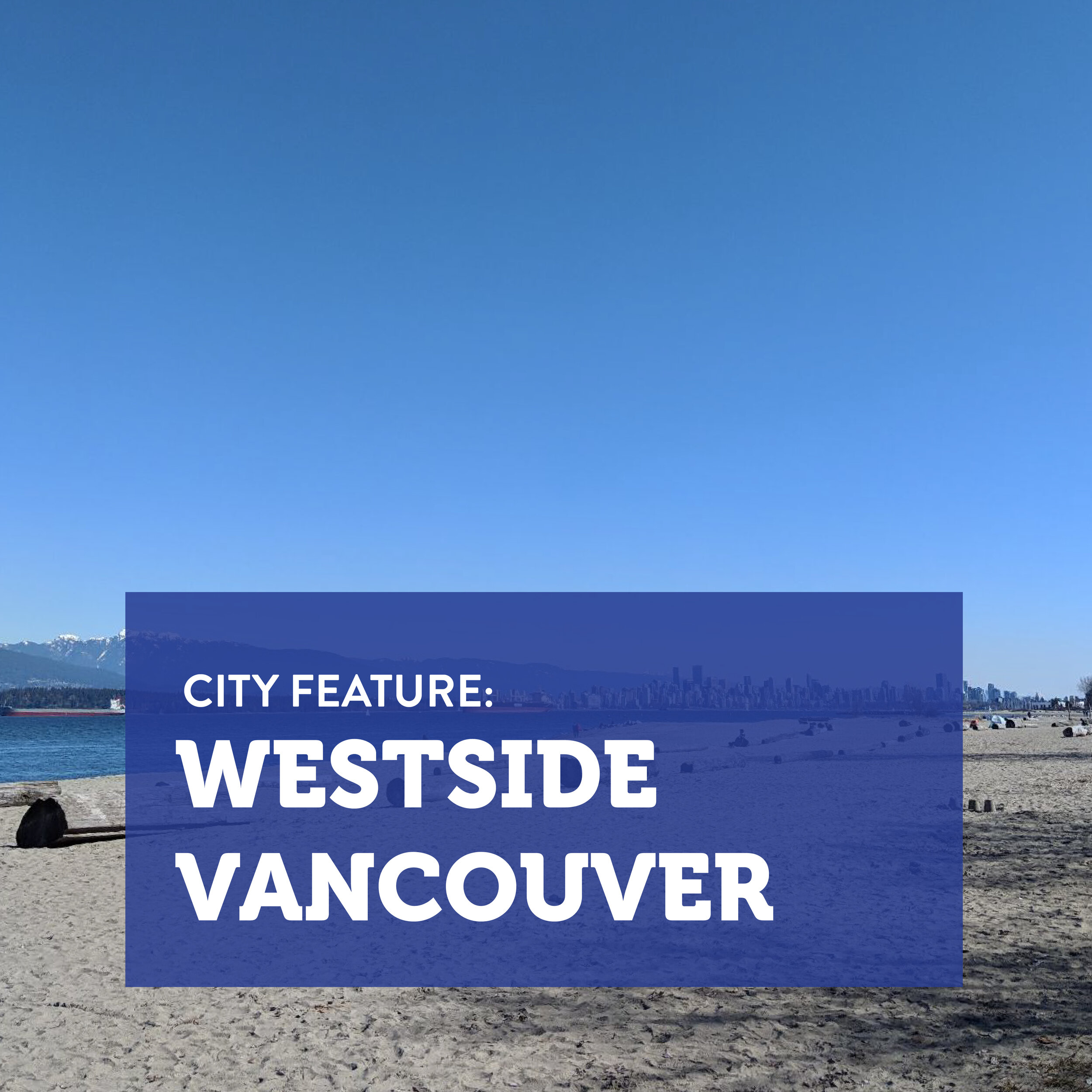 Thinking of moving to Vancouver? How about neighbourhoods like Kitsilano, Fairview, Shaughnessy, Kerrisdale, Oakridge, Marpole, Dunbar-Southlands, Arbutus-Ridge, South Cambie, West Point Grey or University Endowment Lands? These are all the neighbourhoods that cover the west side of Vancouver.

So let’s dive in, and read on to find out the reasons to move to westside Vancouver!

When talking about the west side of Vancouver, you can’t forget about Kitsilano! Kitsilano was named after a Squamish chief, August Jack Khatsahlano (pronounced “Xats’alanexw” in the Squamish language). As the birthplace of Lululemon Athletica, moving to Kitsilano would be perfect for you if you love all things yoga and living a healthy and fit lifestyle. Not only is there the Kitsilano (“Kits”) beach where you can get some summer sun, there are various restaurants that serve healthy and delicious food. One of these restaurants is The Naam, one of Vancouver’s oldest vegetarian restaurants. Not only is it open 24 hours a day, but The Naam is consistently voted “Best Salads” amongst some of the higher-end restaurants in the area.

Fairview is a neighborhood most known for being home to Granville Island. Moving to Fairview would mean that you have easy access to this beautiful attraction.

West Point Grey is one of Vancouver’s oldest neighbourhoods and is known for Jericho Beach and the Spanish Banks. Moving to West Point Grey means you get to take in a little bit of history, and get lots of sun from the beaches in the area! West Point Grey is also home to Jericho Lands, which is currently being redeveloped under the partnerships between local Indigenous groups such as the Musqueam, Squamish, and Tsleil-Waututh along with the federal crown corporation called the Canada Lands Company.

A largely residential neighbourhood, Shaughnessy is known for having a more-than-average proportion of heritage homes. Moving to Shaughnessy may mean that you end up in one of the charming heritage homes in the neighbourhood! One of the city’s most valuable heritage landscapes, some of the best heritage structures include The Nichol House at 1402 McRae Avenue, the Frederick Kelly House at 1398 Crescent, the MacDonald House at 1388 Crescent, the Fleck House at 1296 Crescent, the Hycroft Manor at 1489 McRae Avenue and the Glen Brae house at 1690 Matthews Street. The Hycroft Manor was purchased by the University Women’s Club, and the public is welcome to view the house every Christmas, during the annual fair, while the Glen Brae house is now the home of Canuck Place, a hospice for children.

Marpole is one of the oldest communities in westside Vancouver. The novel “Obasan” by Joy Kogawa, which is usually a required reading in university courses that pertain to Canadian Literature, partially takes place in Marpole. The Joy Kogawa House, located at 1450 W 64th Ave was a childhood home of the author, and now serves as a historic landmark, complete with a writer-in-residence program and many other literature programs. Moving to Marpole can allow you to take in a part of Vancouver’s history.

South Cambie is a small neighbourhood that houses some of the top medical facilities in British Columbia. BC Children’s Hospital and BC Women’s Hospital and Health Centre reside here, and historically, it was the home to Shaughnessy Hospital which was used extensively during World War I and World War II. South Cambie is also bordered by Queen Elizabeth Park, one of the most beautiful parks in the city. Complete with a rose garden, fountains and pieces of public art, Queen Elizabeth Park is a must-see and a must-go when moving to South Cambie.

University Endowment Lands is also the home of many beaches, such as Acadia Beach, Wreck Beach (a clothing-optional beach), Point Grey Beach, and Oasis Beach.

These are the 11 neighbourhoods in westside Vancouver and why you should move there. Thinking of moving to Kitsilano, Fairview, Shaughnessy, Kerrisdale, Oakridge, Marpole, Dunbar-Southlands, Arbutus-Ridge, South Cambie, West Point Grey or University Endowment Lands? Call us, Kleiner Services for a free estimate on your move!

4 Reasons You Should Move to White Rock, BC
Scroll to top