5 Reasons Why You Should Move To East Vancouver 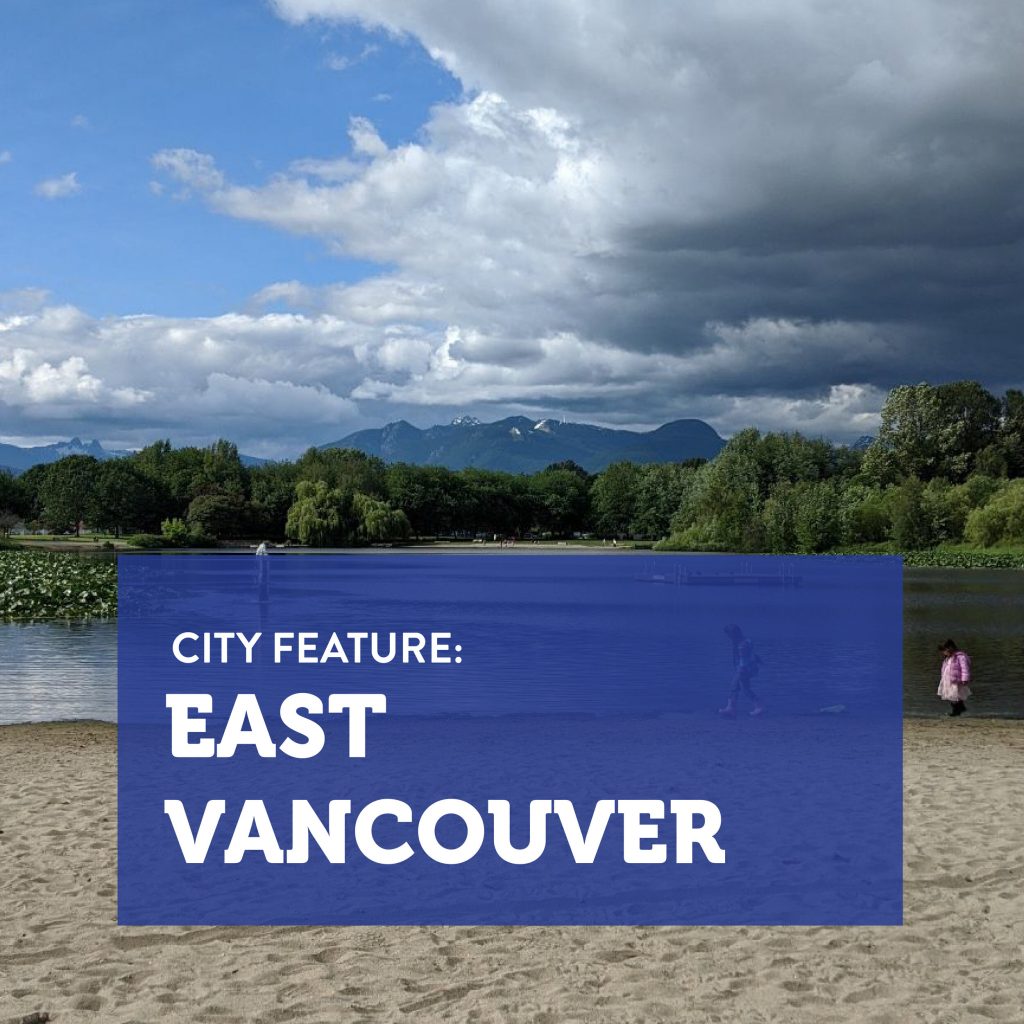 If you’re looking for a vibrant community to settle down in, look no further than moving to East Vancouver, also known as “East Van”.

To the north of East Van there is the Burrard Inlet, while the south is the Fraser River and to the east is the city of Burnaby.

The famous Monument for East Vancouver, also known as the “East Van Cross” was created by Ken Lum, a local artist that grew up in East Vancouver. What once started out as scribbles on the walls in the 1940s, the East Van Cross was turned into a public sculpture commissioned by the city around the 2010 Olympics and the Paralympics.

Here are the top 5 reasons why you should move to East Vancouver.

East Vancouver is known for their artistic and creative community.

Each November, there is the Eastside Culture Crawl Visual Arts, Design & Craft Festival, where artists in the Eastside open their studios to the public. Ranging from jewelers, painters, glassblowers, sculptors, furniture makers, weavers, potters, printmakers and photographers, there is a mix of emerging artists to internationally established ones. The festival has been running for the last 25 years, and the host, Eastside Culture Crawl Society also runs workshops and exhibits for rising visual artists. One in particular is Studio 101, a free arts education program for inner city schools. They’re advocates for “strengthening and building capacity for visual artists” with a focus on relieving poverty. They have collaborated with many community programs such as EWMA (Enterprising Women Making Art), Union Gospel Mission, the Kettle Friendship Society and Possibilities. One of the places that are visited during the Eastside Culture Crawl is Parker Street Studios, located at 1000 Parker Street. Parker Street Studios is an East Vancouver landmark that hosts 4 floors of artists of all disciplines. Completed with 110 studios for 227 artists, designers, photographers and woodworkers, there is a lot of art that is created at the Parker Street Studios.

East Vancouver is full of beautiful parks, recreational properties and scenic bike trails. Here are a few of our favourites.

Trout Lake is the only lake in the city. One part of it is reserved for dogs to swim in and the other part is for humans to swim in. Trout Lake features a beach where people can go on picnics, or lounge in the sun. At the beach, they can also play various sports such as tennis, soccer, baseball or basketball. Trout Lake also has a community centre with an arts studio, a pottery studio, a music room, a performing arts studio, a fitness centre, indoor cycling, a gym, an ice rink, and an outdoor festival plaza. There are programs for all ages and activities at the Trout Lake Community Centre.

Hastings Park is one of Vancouver’s largest urban parks. Its amenities are endless — not only are there recreational activities, park spaces, gardens, a playground, and sport fields but there is also an amusement park, a horse racetrack, and large sport and entertainment venues.

Not to be confused with the Kensington Park in Burnaby, Kensington Park in East Van is located at 5175 Dumfries Street in the Kensington-Cedar Cottage neighbourhood. This park is completed with a pool and amazing views of the downtown core. If you’re lucky, you might be able to catch some fireworks here as well. Due to the big hill that is in the park, wintertime fun such as sledding are best done at Kensington Park.

Originally known as Guelph Park, Dude Chilling Park got its current name from a prank! The place was called “Dude Chilling Park” by locals due to the sculpture in the park called Reclining Figure by sculptor Michael Dennis. But in 2012, an artist named Viktor Briestensky installed a sign that looked like the Vancouver Parks sign that lovingly named Guelph Park as “Dude Chilling Park”. Although the sign was originally taken down, the locals of Mount Pleasant petitioned to have it back up, where it sits today as a public art piece.

Read More: Why You Should Move to North Vancouver

East Vancouver is known for its diversity of the residents. There are pockets of different cultures all throughout East Vancouver, such as Little Italy, Chinatown, and the Filipino community near the Joyce skytrain station.

East Vancouver is also known for its political and social activism circles. There are events such as East Side Pride, Vancouver Dyke March and Commercial Drive Car Free Day.

Due to the fact that East Vancouver encompasses such a large area full of various communities, there are many things to eat from all around the world in East Vancouver. If you move to East Vancouver, you will have access to some of Vancouver’s best restaurants. We have put together a list of our personal favourites that are tried and true.

A cult favourite, Phnom Penh is a Vietnamese-Cambodian restaurant that can be found in Chinatown, the border between East Vancouver and downtown. You will most likely see a line of people waiting to sink their teeth into some of the most delicious food in town. Their chicken wings are absolutely to die for and highly recommended.

If you’re looking for another popular eat in Vancouver, Banh Mi Saigon has fans from all over the city, lineups going around the block by lunchtime. Our advice? Line up bright and early to get your hands on some of the most delicious banh mi in the city. Their bread is freshly baked too, and everything on the menu is a must-try.

Located at 305 Alexander Street, Ask For Luigi is a cozy eatery serving some of the best Italian-inspired dishes in town. Having won awards such as Vancouver Magazine’s Restaurant of the Year in 2015, Ask For Luigi specializes in fresh, handmade pasta, all their food is meant to be shared family style. A personal favourite is the pappardelle and wild boar ragu, complemented with a glass of red wine.

The Acorn is a vegan/vegetarian restaurant located at 3995 Main St. Serving creative meals featuring fresh, locally sourced ingredients, The Acorn is sure to please not only your vegan and vegetarian friends, but meat eaters too.