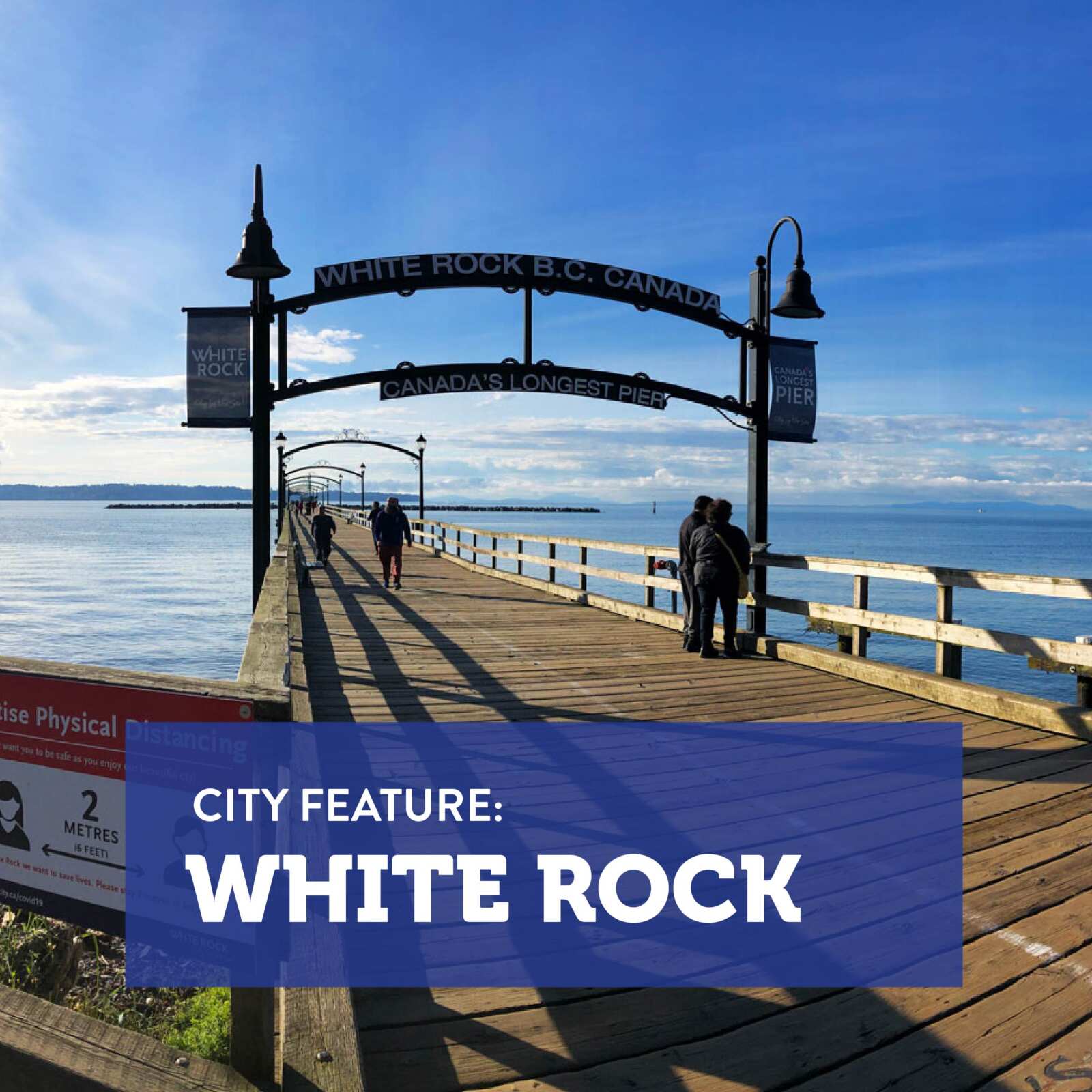 Thinking about moving to White Rock, BC?

White Rock, BC, is called so due to the large white “rock” that is on its beach.

White Rock is a city that borders the Semiahmoo Bay and is surrounded by South Surrey. The name comes from the white “rock” that sits on the beach. The white “rock” is actually a large, white, granite boulder. It was turned white due to bird excrements, but after the city got its name from this rock, it is actually now painted white by the city (thank goodness for that).\

White Rock is a beautiful city close to the water complete with boardwalks and views. Not only that, it is only 5 minutes away from the Canada/U.S Border!

Small, close-knit community, amazing views and being close to the ocean are some of the reasons to move to White Rock, BC, but there’s more! Here are the top 4 reasons why you should consider moving to White Rock, BC.

The Beach and the Pier

The White Rock Beach is one of the main attractions of White Rock, BC, and you will have better access to it when living in White Rock. There are 8km of sandy beaches, and you’re sure to find a spot for yourself when you visit White Rock Beach. The beach is divided into two parts — the East Beach and the West Beach. The two beaches are separated by a rise in the shoreline that the locals call “the hump”. The East Beach is a little quieter compared to the West Beach, which houses the famous pier. The East Beach in White Rock, BC is a perfect place to have a quiet beach day, building sandcastles and relaxing by the tranquil water. The West Beach, like mentioned before, houses the White Rock Pier, which is a popular tourist attraction. The White Rock Pier is more than a tourist attraction though, it is actually the longest pier in Canada! It stretches 470 metres, and was built in 1914. However, a severe windstorm in December 2018 severely damaged the pier. This caused the pier to close for almost a year until it reopened on August 27th, 2019. White Rock beach is an amazing place to take a stroll when you’re living in White Rock. The combination of the beautiful waterview and the fresh sea air will make your evening walks better. Although dogs are not allowed on the pier, they are allowed on the beach. However, they must be leashed at all times.

Believe it or not, the weather is actually better in White Rock compared to the rest of Metro Vancouver! Due to White Rock being far away enough from the Coast Mountains, White Rock has its own climate and weather system. White Rock has the type of weather that the locals like to brag about, and has 10 more sunnier days than the rest of the Greater Vancouver Area according to Environment Canada. More sunshine = more happy days to spend at the beach or outdoors instead of being cooped up inside.

The Arts and Culture Scene

White Rock, despite being a small community, is one full of artistic endeavours and culture. There are many artistic and cultural happenings in White Rock, such as Tour de White Rock, Taste White Rock, and public art throughout the city (just to name a few!).

Calling all cyclers and bike enthusiasts! Tour de White Rock is the event to participate if you love all things cycling and biking. Although it was cancelled at the time this blog post was written due to the COVID-19 pandemic, it is scheduled to resume in July 2022. Tour de White Rock is a part of the BC Super Week Series, which is a series of 9 pro races in a span of 10 days.

Did you know that White Rock, although it is known as a beach town, is also home to a thriving arts and culture scene? There is artwork on every corner of White Rock, whether it is a sculpture, hidden “rainy days only” artworks or our personal favourite, beautiful murals that decorate the side of buildings! Murals are a beautiful form of public art that can be seen throughout White Rock. There is even a mural that was inspired by the works of Monet, Van Gogh, and Norval Morisseau, which is called the 4Cats Mural. This mural was painted by the artists at 4Cats Studio in White Rock and South Surrey. Here is a list of all the murals you can visit when you move to White Rock!

3 Reasons You Should Move to Downtown Vancouver
Scroll to top